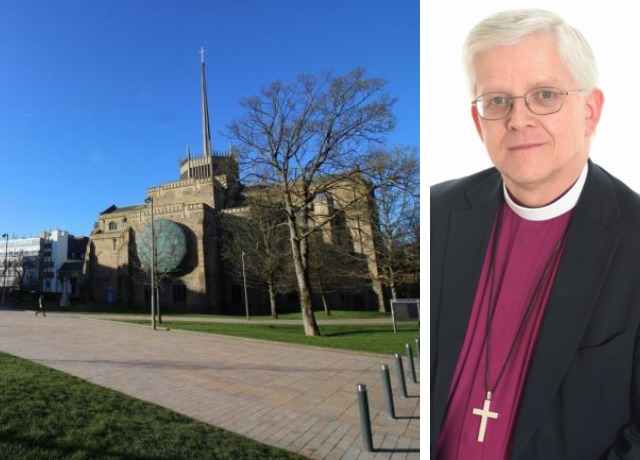 2022: New Year’s Message from the Bishop of Blackburn

A man suffered life-changing injuries after being punched where part of his skull was missing.

The assault took place in downtown Blackburn on Clayton Street, near the Salvation Inn, around 4:30 p.m. on April 26.

Brendan Duff has since been jailed for three years for the assault, after appearing in Preston Crown Court last Thursday (September 23).

READ MORE: BMW rushes into police, overturns another vehicle in an accident

Duff was arrested by CCTV operators in Blackburn town center, assaulting the man.

Duff punched the 35-year-old victim in the face, before walking away. A minute later, Duff returned to the scene before confronting the victim. After a grapple, Duff discharged a series of punches at the victim. One of those punches tied to the side of the victim’s head – in the exact area where he is missing part of his skull from a previous unrelated attack.

Police said Duff knew the victim had a pre-existing head injury before hitting him there.

As a result, he fell to the sidewalk and lost consciousness. The man, who had been out with friends, was taken to hospital with a serious and life-changing head injury. He continues to receive medical treatment.

Duff, 30, was later arrested the same day and charged with GBH with intent.

Duff, homeless, pleaded guilty to GBH without intent and was sentenced to three years in prison.

DI John McNamara, Blackburn CID, said: “This was a shocking and cowardly attack on a man Duff knew had a pre-existing head injury. Duff’s actions resulted in serious injury to a man. My thoughts are with the victim and his loved ones at this time.

“I would like to salute the efforts of my colleagues for their professionalism which has resulted in this conviction. “