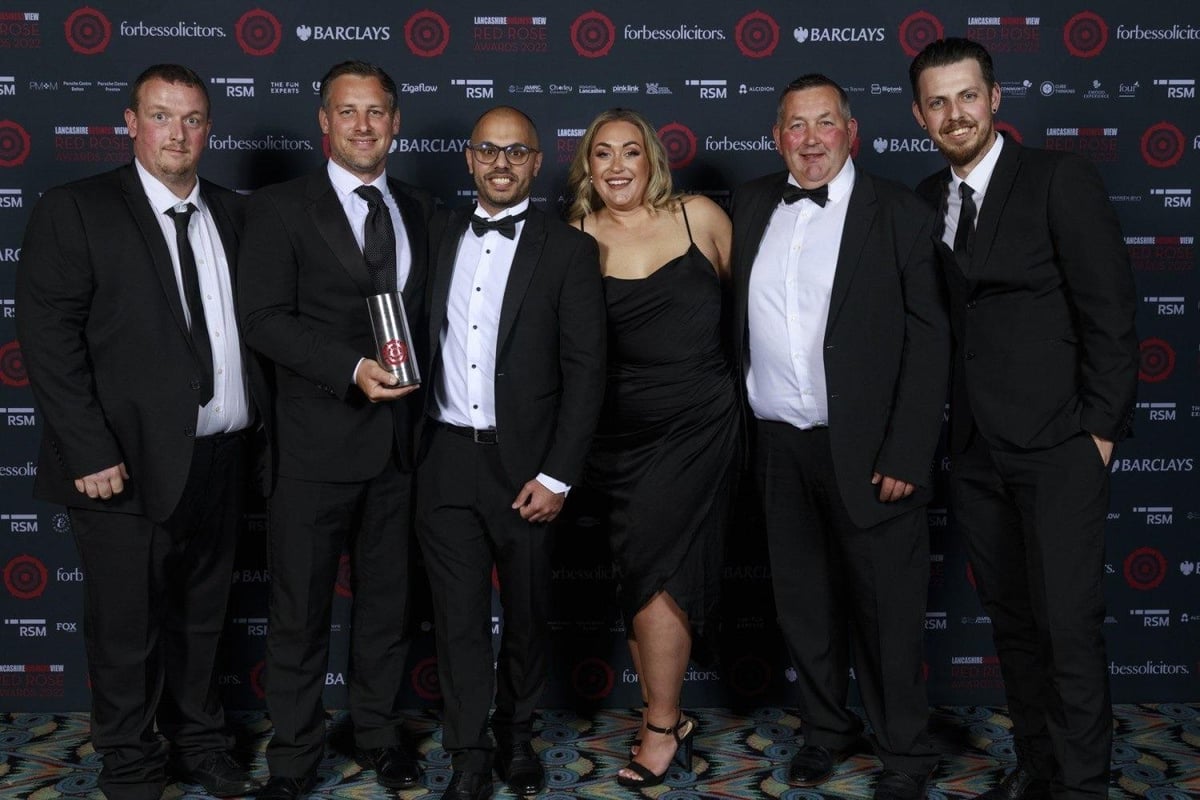 If the authority gets the green light for the move, it means Automatic Number Plate Recognition (ANPR) cameras could be installed at four initial locations – two in Preston, one in Accrington and another in Lancaster.

However, County Hall would then have blanket authority to introduce similar measures at other problem spots on roads under its control, without needing to seek further approval from the Department of Transportation, the Local Democracy Reporting Service understands.

Each of the proposed camera configurations would nevertheless still be subject to local public consultation before being approved by motorway bosses.

The county council is now asking people their opinion on the first four junctions it has identified as needing stricter enforcement to deter drivers from breaking the rules already in place.

Crash data has played a role in location selection – with at least nine collisions occurring in the past five years.

Other rules that could be enforced by county council controlled ANPR cameras include those that apply to yellow box junctions – which must not be entered unless the exit from them is clear or that a driver does not turn right – and those in force on streets where motor vehicles are completely prohibited. However, speeding would remain a matter for the police even if the local authority was granted the new powers it plans to seek.

If its plans are approved, the cameras could appear next year – but for the first six months of operation, the county council intends to issue first-offence warning notices to ‘educate drivers to the offense they have committed”. County Hall says stronger enforcement would improve road safety and air quality – and reduce travel time and congestion.

County Cllr Charlie Edwards, cabinet member for highways and transportation, said the locations identified so far were experiencing “congestion and … danger to road users” due to non-compliance with the rules of the road.

He added: “In order to be able to apply these locations with camera technology, we need to be authorized to do so by the government. I would like to thank those who take the time to give us their opinion on the first locations proposed.

“It’s a priority for us to keep our roads safe, keep traffic flowing and do what we can to minimize emissions.

“We hope that if this initiative is successful, it can be rolled out to other locations in the county. Any additional sites would each undertake the same consultation process before it was rolled out to them in the future.

The six-week public consultation on the initial locations can be accessed via the General Council’s website.

RULES OF THE ROAD

From May 31 this year, local authorities in England can apply to the Transport Secretary for new powers to enforce certain traffic offences.

These powers were previously the preserve of the police, but if now given to councils that request them, these local authorities will for the first time be able to fine drivers for a range of offences. Ranges that would result in fines under the changes include ignoring signs prohibiting left or right turns or U-turns.

The new regime was introduced following nationwide concerns that certain offenses were not strictly enforced. In 2019 the Local Government Association carried out a survey of local authorities in England – outside London, where councils already have enforcement powers – in which two-thirds of respondents said the police were not actively enforcing no traffic violations in their area.

Ninety per cent of councils said they would use civil enforcement powers if available – mainly to ease congestion and improve road safety.

The government has said traffic enforcement must “aim at increasing compliance, not increasing revenue”. Unlike funds raised from speed camera fines, which are transferred to central government, excess funds from traffic enforcement will be retained by the local authority, but can only be used to recover the cost of the application or pay for the provision of public transport, highway improvement projects or environmental improvements in the area of ​​authority.

Lancashire County Council says there is currently ‘abuse’ of the two restrictions and motorists ignoring the signs could ‘come into conflict with pedestrians using the crosswalk’ at the junction.

The location has seen four crashes in the past five years and police have already provided heavy enforcement and temporary signs as a deterrent.

Freeway bosses report the restriction – near the entrance to the Fishergate parking lot – is being flouted by drivers seeking a route back down Corporation Street from the city centre. They say the prohibited maneuver is “popular” with those who want to avoid the bus gate on Fishergate itself.

Motorists obeying the rules should exit the town center through the streets around Avenham to avoid entering the section of Fishergate – between Mount Street and Corporation Street – which is reserved for buses and certain authorized vehicles and is already covered by its own ANPR cameras Although no crashes causing injury were recorded at the Charnley Street junction, the route of the road was designed to narrow the entry point for turning single-file traffic from Corporation Street.

In explaining the proposed application of the camera, Lancashire County Council says: “Vehicles entering Charnley Street do not expect a conflict with an oncoming vehicle. the junction of Charnley Street and Corporation Street.

The route was briefly two-way in 2020 following temporary restrictions introduced at the junction of Fox Street and Fishergate to meet social distancing requirements at the time.

The county council says it receives ‘regular complaints about traffic turning right from the junction’ – ignoring the sign at the particularly steep junction telling them not to and thus increasing the risk of a collision, which there have been three in the last five years.

“This [manoeuvre] forces vehicles to clash with traffic that may be queuing to enter the junction on the right-turn lane,” the authority adds.

Vehicles approaching the town from the east should bypass the King Street / Eastgate roundabout in order to access the Viaduct Retail Park – and do not turn right onto Hyndburn Road.

The restriction was introduced because visibility is limited for vehicles exiting this roundabout in the opposite direction and approaching the entrance to the shopping complex. Vehicles wanting to turn right can also create delays for oncoming vehicles, leading to increased congestion – hence no right turns, according to motorway bosses.

The junction has experienced two accidents in the past two years.