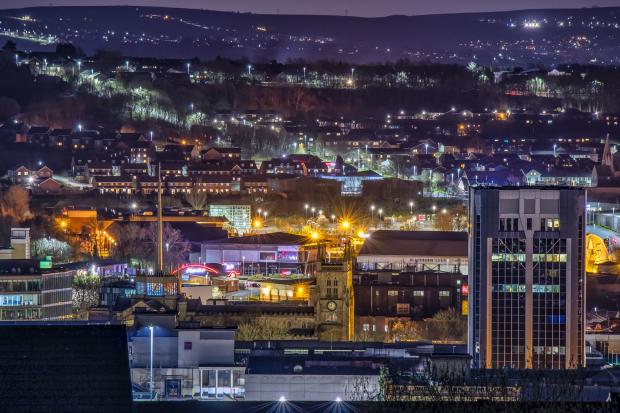 When Biden’s White House first addressed the price hike, it called the intense sticker shock a “high class issue.” When the Americans didn’t buy that excuse, they viewed inflation as “transient,” and now it’s all Russia’s fault. Despite the changing narrative from the White House, the administration’s message has remained the same — there’s “not much” Biden can do about it.

The administration can talk all it wants, but there’s no doubt that Americans are paying more for just about everything. In March, the cost of a gallon of gas hit a record high, beating the peak reached during the 2008 recession. But it’s not just gas prices that are skyrocketing. A recent study found that, on average, families are paying $250 more a month to keep up with inflation, and last week consumer prices hit a four-decade high.

Inflation resulting from Biden’s failing economy has put small businesses in an impossible position. Now they either have to raise prices and alienate customers or disappear altogether. The National Federation of Independent Businesses, a Tennessee-based organization, found that 61% of business owners need to charge more to keep up, including 71% of manufacturers and 69% of retailers.

Higher prices have imposed tough choices on everyone – families, business owners and even first responders. But Joe Biden’s failure to deal with the crisis is no surprise. Biden got the border wrong, he got the vaccination mandates wrong, and he got the energy independence wrong. Why would anyone think they’re suddenly going to do something good when it comes to inflation?

The solution proposed by the Democrats is to spend more money, but basic economics tells us that this will only make our financial situation worse. Throughout my career, I have constantly fought to block radical leftist spending. In December, I introduced legislation to slow spending during periods of high inflation, and championed measures to cut government spending at all levels. Last week, I voted against the Democrats’ $1.5 trillion federal spending bill, which was packed with grants for Green New Deal initiatives and environmental justice programs, and – incredibly – millions for a single park located in the Nancy Pelosi District.

These aids will not make anything more affordable; they will only add to our already enormous debt and push prices even higher. It’s time Joe Biden realizes he can’t spend or get out of this problem. Inflation is a tax on American workers, which will only continue to rise as spending increases. Instead of pressuring Congress to waste more taxpayers’ money, Biden needs to take ownership and lead his party to turn the tide.